Costa del Sol is famous for its fabulous festivals, which are celebrated right throughout the year. We covered the first half of the year’s festivities here; this is the second half that covers annual Costa del Sol festivals from July to December.

July: The fiesta Virgen del Carmen is celebrated in towns during 15th-16th July along the coast to honour the patron saint of fishermen. The statue is taken from the church in each town and paraded through the streets and around the harbour to bless the fishing boats. Costa del Sol towns that celebrate this fiesta annually include Benálmadena, Torremolinos, Estepona, Fuengirola, Manilva, Marbella, Nerja and Vélez-Málaga. The annual Nerja Music Festival also takes place in July in the amazing Nerja Caves. 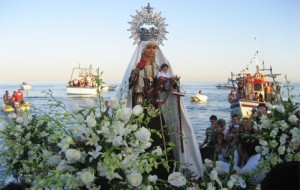 August: Malaga celebrates its annual fair in August to commemorate the re-conquest of Malaga by Isabella and Ferdinand in 1487. It usually runs in the third week in August – this year it will be held from 16th to 23rd August. The fiesta starts off with a bang, (literally!), with impressive fireworks, and is a week-long celebration of flamenco dancing, sherry drinking and partying. Many Costa del Sol holiday makers make it a point to visit Malaga at this time of the year to join in the unforgettable celebrations. 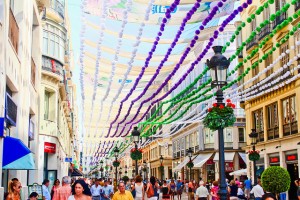 September: World Tourism Day is celebrated in mid September in various Costa del Sol towns such as Torremolinos. This is a wonderful opportunity to celebrate its thriving tourism industry which has brought the area considerable prosperity and wealth. The Vendimia grape harvest celebrations also take part during this month in wine-growing areas of Malaga, Cordoba and Cadiz. A festival honouring the patron saint of Torremolinos – San Miguel Arcangel is celebrated in late September, where over 200,000 people join in parades, dancing and festivities. 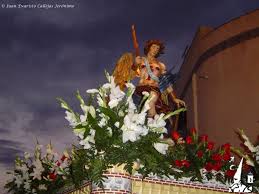 October: Summer fairs are held in Nerja and Fuengirola during October where the whole town takes part in annual street celebrations. In Nerja, festivities honour the patron saints Our Lady of Sorrows and St. Michael the Archangel and include flamenco dancing, singing and folklore performances. Fuengirola honours the Virgen del Rosario in October with singing, bullfighting and exhibitions on horses. 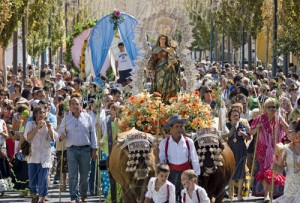 November: All Saints Day is celebrated on 1st November right throughout Costa del Sol. In Marbella, people also celebrate the chestnut harvest on this day to keep alive the ancient tradition of the Chestnut Roast. 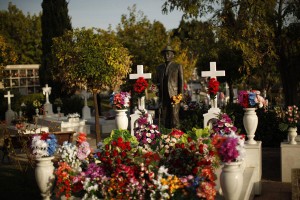