January: Los Reyes Magos (Three Wise Men) is celebrated on January 5th in many large cities and towns in Costa del Sol including Malaga and Marbella. During this celebration, three locals dress in costumes and ride around the city throwing sweets to children in the crowds, followed by decorated floats. 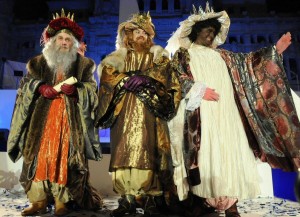 February: CARNIVAL! In early February every year, most towns in Costa del Sol celebrate Carnival with a number of lively parades and festivities. This celebration is a way to let loose before Lent. Most towns celebrate either the weekend before or after Shrove Tuesday, with larger towns celebrating for an entire week. Marked with elaborate decorations, costumes and excitement, carnival is a joyous time that draws Costa del Sol holiday makers. 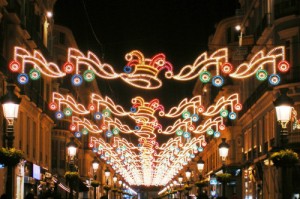 March: Semana Santa (Holy Week) usually falls in April, but is sometimes celebrated in March. Other festivals in March include Burial of the Sardine, which is a festival used to mark the end of Carnival, which falls on Ash Wednesday. During this parade, a figure (usually a sardine representation) is burnt after a funeral procession, which represents the symbolic burial of the past and new beginnings. 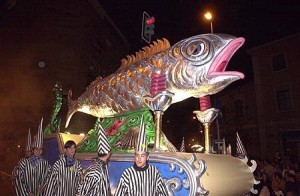 Burial of the Sardine

April: Holy Week usually falls in April – during this important ceremony, towns and cities across the region are transformed with colourful processions. Easter is one of the most important festivals in Spain, and this month is dedicated to various religious celebrations. The Seville Fair takes place two weeks after Easter each year, and is an enormous celebration with costumes, dancing, singing and music. 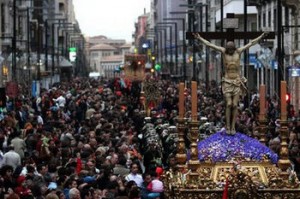 May: This is the beginning of several summer fairs right throughout Costa del Sol and the surrounding regions. The dates vary slightly each year, with each town having their own specific dates up until October. The Crosses of May is also celebrated in this month, where neighbourhoods in the city of Cordoba and other towns such as Nerja and Maro, vie for the best decorated cross amidst music. 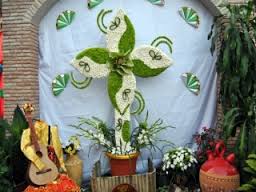 The Crosses of May

June: Corpus Christi is a Catholic holiday that honours the presence of Christ in holy water. It is celebrated throughout Spain and is either held in May or June depending when Easter occurs. This holiday is celebrated in most towns in the region. Other festivals to look out for include the Marbella Fair to honour patron saint San Barnabe as well as Fried Fish Day which is a summer seafood festival held in Torremolinos. 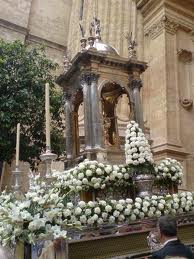 To find out more about festivals in Costa del Sol from July – December, click here.